To ensure confidentiality for our clients, only alias names are used in the stories below 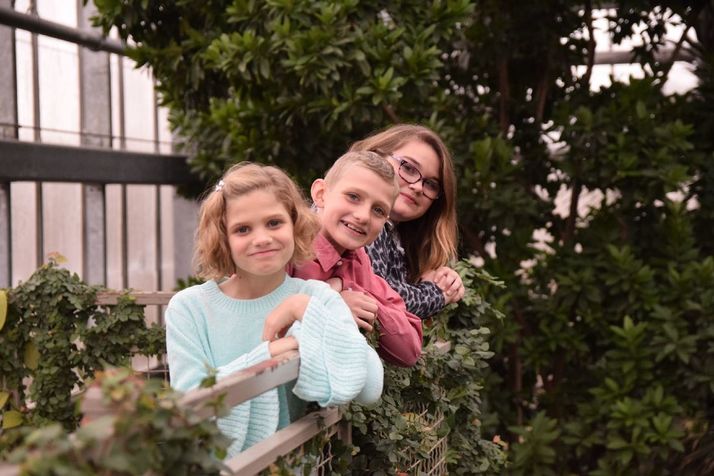 ​In 2008 Laura, a single foster mother, came to OCH because her 5yr. old foster daughter, Angel, needed specialized care.  Angel, like many foster youth, suffered the kind of abuse that no one wants to hear or talk about… including her little body being wrapped in rope to keep her from escaping the basement she was locked in. Her entire life up to this point included severe neglect and horrific abuse; it was the only life she knew.
​
​After being placed with Laura, Angel would wake up in the middle of the night terrified, and cried for 2 hours straight every morning. Even the smallest self-care tasks like showering were overwhelming for Angel.  One day, Laura got a call from Angel’s school because they had read a story in class about a basement, which paralyzed Angel with flashbacks, and caused a traumatic downward spiral.

“People think that if you take a child out of a bad situation and put them in a loving home, that everything will magically be ok, that is just not the case. Foster kids are constantly trying to cope with what happened to them during their vital development years and the PTSD (Post Traumatic Stress Disorder) that comes with it” Laura explains.

Laura and Angel spent 4 years working with their OCH team, and the limited community resources available to families facing such trauma.  On October 11th 2012 Laura officially adopted Angel, but their story was far from over…

A few days after Thanksgiving 2014 Laura received a call from Ray, the OCH intake worker, asking her if she would be willing to take in a brother and sister who were in a temporary shelter, and would be separated if she couldn’t take them.

“I was hesitant because I wasn’t sure that I could triple the care I was giving, especially since these kids had suffered much of the same types of abuse as Angel,” Laura continued, “but Angel encouraged me.”
“Mom, can we please just go meet them, they need help just like I needed help,” Angel begged
​
On December 12 2014 at 9:30pm, Sara and Peter were dropped off at Laura’s home with only a few items their school had collected for them. They were both so thin from neglect and skittish because of the severe abuse they endured; Sara immediately started vomiting, which continued for days.

“She was so thin and she could not stop vomiting; I was so afraid we were going to lose her.”-Laura
​
Peter was quiet and ready to follow any direction he was given. He was protective of his sister, often not allowing her to speak for fear she may be hurt by their father again for talking about what he did to them.

Angel was 12yrs old when Sara and Peter arrived.  She showed her new little foster brother and sister remarkable strength, courage, love and understanding.  She even moved into a room in the basement to make the placement possible. This was a huge testament to how hard she worked in therapy to overcome the trauma she endured and to her selflessness at such a young age.
​
Over the following 4 years, Laura again tapped into every available community resource and worked diligently with the OCH team to surround Sara and Peter with services tailored to their special needs.  At ages 7 and 8, they had not been taught simple things like how to eat using utensils or zipper a jacket.

“I knew how to handle some of the challenges because of what I had been through with Angel, but every kid has different triggers and coping mechanisms…and, Angel is strong, but hearing what Sara and Peter had been through caused some of her own trauma to resurface. It was really tough for all of us,” Laura expressed.